On our antepenultimate day of the holiday, we finally discovered some hot weather. Apparently it had been hiding near Loch Migdale all along.

However, even before we set off to explore this potentially-ode-filled haven, there was a wildlife moment at the cottage, with a Longhorn Beetle of some sort, wandering up and down the window frames and soffits 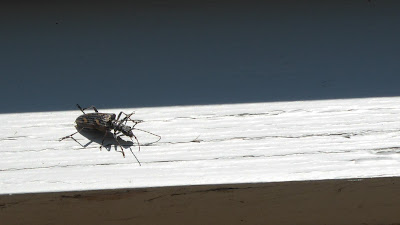 A leisurely drive along the southern shore of the Dornoch Firth brought us to Bonar Bridge and elevenses. Much to the chagrin of the couple who followed us in to the tearoom, we bagged the window seat and the last two fruit scones. A salient lesson in NOT going to view the bridge first, I think. Just saying.

After a quick look at the bridge (the third iteration in a troubled history), we drove back along the north shore of Dornoch Firth to Spinningdale, then turned north up a single track road for Migdale. Parking safely off the road and not in a Passing Place, we alighted into the only baking heat of the holiday and some supercharged biting insects, so were glad to seek the shade of the Woodland Trust reserve.

We spotted a single Large Red Damselfly quite early in the walk, but the anticipated abundance never materialised, despite the nearness of Spinningdale Bog, a valley mire perfect for odes.

As we climbed higher and higher through the woods and away from the bog, we did occasionally see a dragon whizz by, but these were difficult to ID as they disappeared over the treetops at a rate of knots. We reckoned that they were possibly a couple of Common Hawkers and Four-spotted Chasers.

At the top of the hill was our first view of Loch Migdale, in the distance. Despite the heat and the biters, my enthusiasm was being kept aloft by continued occasional sightings of Large Red damsels, never more than a couple at a time, whenever the track crossed a burn. 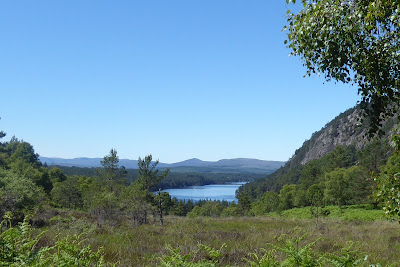 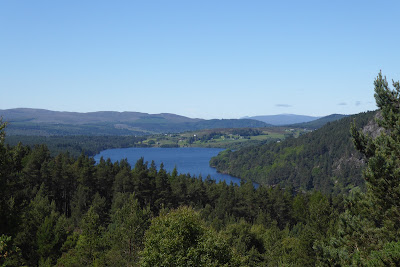 Just as I was beginning to ponder where we would have our picnic lunch, Our Lass spotted a large dragon hawking to and fro across the heather and along the track. We watched it entranced, caught between the two equal desires of appreciating its mastery of the air and willing it to land for a photograph. Eventually it did settle, but out of sight, so I had to decide whether I was worried about going off piste and encountering ticks. Nah! 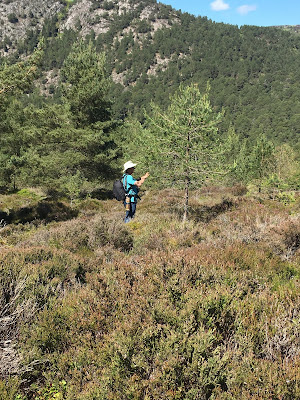 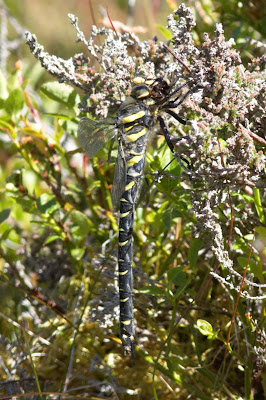 When I managed to locate it, I could see that it was a Golden-ringed Dragonfly, a male, who had caught a fly and was busy chomping away. We needed no further encouragement to head to the loch shore for our lunch too. 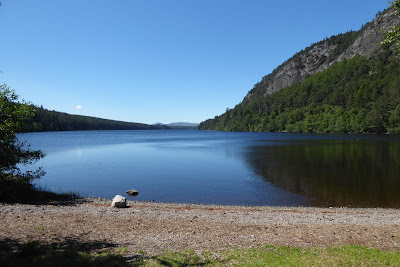 The afternoon saunter back to the car was less arduous, the terrain not so steep and the shade that bit deeper. For the umpteenth time that week, we stopped to listen at the first hint of a soft, mournful call, which is often a good indication that there are Bullfinches around.

This time, however, it was a Scarlet Smiley Face... 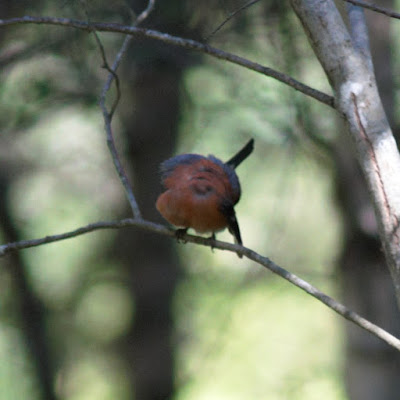 Nope, just kidding, it was a Bullfinch. 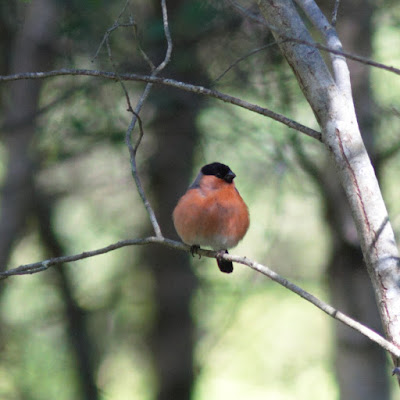 Our Lass became engrossed with photographing trees hence, in the image below, I am shown for purposes of scale only. 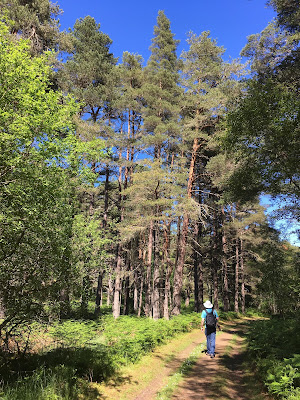 On our drive back to the cottage, we discovered a little-used road, y'know, one of those which has grass growing through the tarmac, which led alongside a small loch tucked away in the hills. We noticed that there were large raptors flying about, so stopped to investigate. 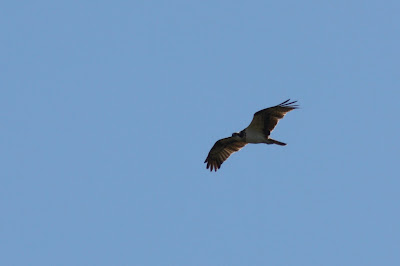 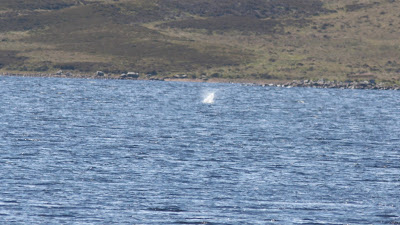 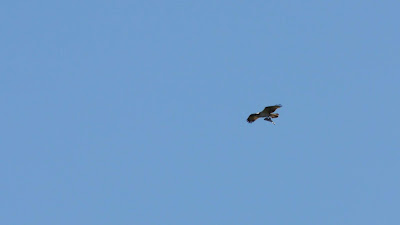 Going by plumage colour and markings, and whether a fish was being carried, we reckoned that there were three Ospreys feeding at this one site. Wow! 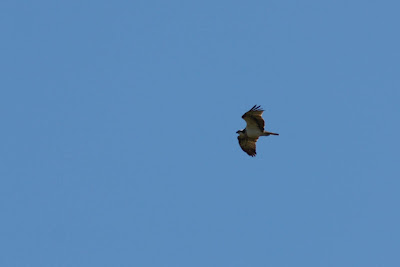 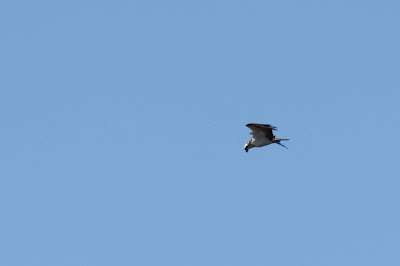 Posted by Imperfect and Tense at 13:59