Firstly, here’s wishing all my readers Greetings for the Festive Season. This morning at Tense Towers, we’re working hard at being very relaxed and are currently building up to second breakfast, prior to a walk and a meal with friends.

Our Lass is poaching some eggs, so I’ve just taken her phone to the kitchen, as its timer app is permanently set to 4 minutes. This is our preferred poaching time.

It's set to 15 minutes for cooking rice to go with curries, con carnes and a Mediterranean chicken recipe. 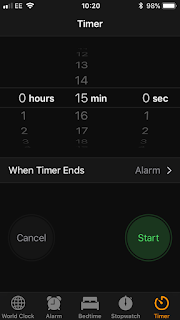 But I doubt it will be needed today!

Posted by Imperfect and Tense at 11:02 2 comments:

Once upon a time, long long ago... well, in March of this year to be precise, I posted the second of an occasional series. It would be fair to say that I haven't been able to give the western horizon project the time it deserved in 2017.

However, in June, just prior to the Summer solstice, I snapped this image, which was posted here, showing the setting sun dipping below the horizon to the right of Wideford Hill.

Zipping forward six months, and as today is the Winter solstice, I think I need to wrap this one up, eh?

Below is a panorama from a couple of evenings ago, showing where the setting sun disappeared from view behind the farm below our home.

For those rock trivia fetishists out there (you know who you are!), the inspiration for the post title was taken from a 1980s Rush track.
Posted by Imperfect and Tense at 07:26 2 comments:

I'm afraid I don't dance, much to Our Lass's frustration and eternal regret. She's a long-suffering gal, but I think even my Beloved would agree that apart from having two left feet, a chronic lack of confidence, whole body arrhythmia and absolutely no talent, I'm a shoe-in for a perfect score of four tens.

Nope, I don't dance. Well, not unless they allow head-banging, which I don't think they do.

How and ever, at least we have 'Strictly Come Dancing' on the Beeb. Yes, of a Saturday and Sunday evening, Our Lass and I can sit down together and watch folk who can dance in the company of other folk who maybe shouldn't or who strive to or who are surprisingly ept at the whole sashaying across the floor thing.

And on Monday to Friday evenings, too, with 'Strictly - It Takes Two'. Honestly, at this time of year, nothing gets done around Tense Towers.*

Ok, so it is often just so much kitsch, a bit hammy in places and of no great consequence in the grand scheme of things, but... but, to be honest, there's so much consequential shit going on in the world, that a bit of Strictly lightness is required to see us through the dark times.

And, for all my protestations to the contrary, I do enjoy it. All the humour (good and bad), the banter between the professional dancers, most of the theatre and, now, as we approach the final, the emerging edge of competition.

I have always become somewhat 'emotional' when witnessing someone's personal achievement, whether it's at a wedding, at a sporting event, watching an underdog striving to win or someone coming through adversity to triumph in the end. I do, I well up, silly sod that I am.

Strictly is the same. I tend not to root for the best dancers, but the ones that are working so hard and surprising both themselves and us, punching above their weight in a medium that isn't their own. For that alone, you have to applaud them. Jeez, I'm getting teary just typing this.

Yesterday was a case in point. Mid-morning, I returned home from a trip to the supermarket to find Our Lass listening to a Robbie Williams cd. So far, so normal. But then the melody of 'Beyond The Sea' floated from the speakers and I was transported back to a fortnight ago when Susan Calman and Kevin Clifton were eliminated from Strictly, following their American Smooth to the Bobby Darin classic. That started the klaxons blaring in my head, so I was probably at a low emotional ebb when the semi-final began in the evening.

Alexandra Burke and Debbie McGee should, barring any Speedo or tutu swapping between the judges, make it through to the final. That's only right and proper, they have previous experience (though in Debbie's case, a long time ago) and they have consistently put in amazing performances. Which two of the other three semi-finalists should join them in the final isn't so clear cut. Joe McFadden has been a revelation this series, but had a bit of a wobble in one of his dances last night, and there's little to choose between Molly King and Gemma Atkinson, who are somewhat mercurial. But, yep, I was punching the air and wiping away the tears at the Tangos (Tangoes?) of both Gemma and Joe.

Whatever happens tonight in the dance-off and in next weekend's Strictly Final, I'm likely to be watching the Glitterball through a watery veil of emotion.


* At other times of year, there are other reasons! 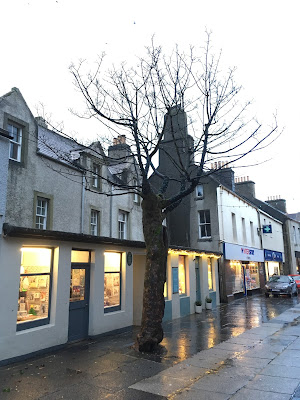 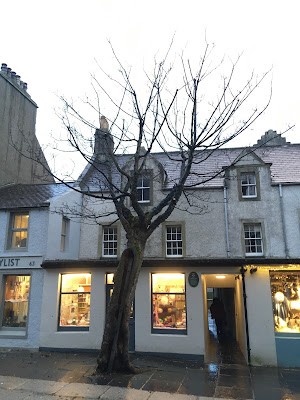 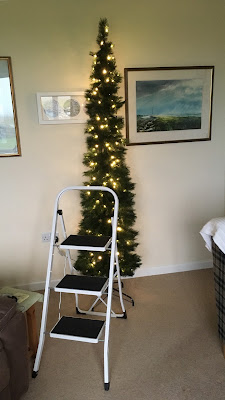 Posted by Imperfect and Tense at 17:57 2 comments: