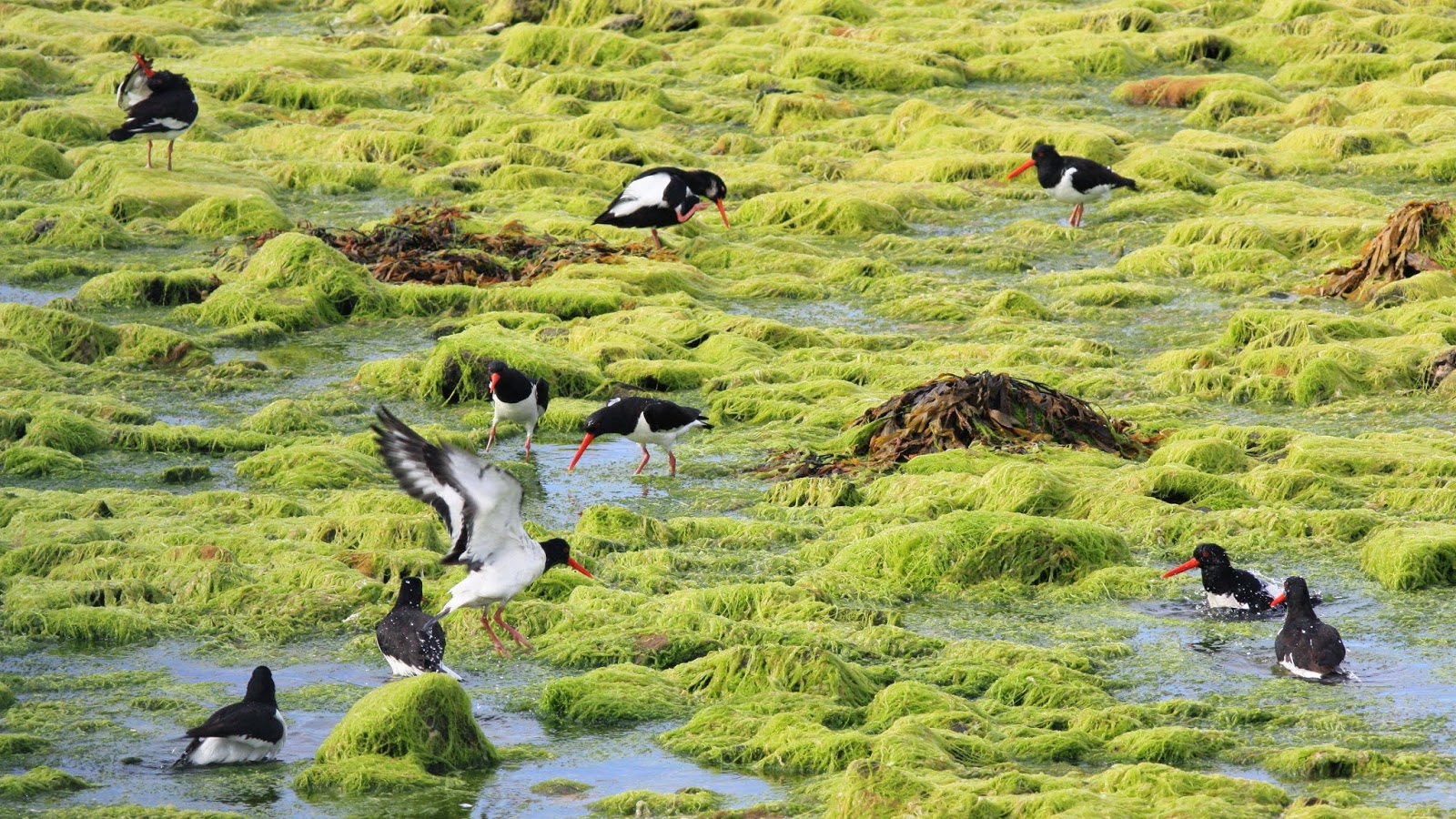 In the absence of any oysters to catch, here's some Oystercatchers doing what Oycs do best. Feeding, bathing, preening, loafing, displaying, flying...
Posted by Imperfect and Tense at 18:40

Delightful. I love oystercatchers (mostly saw black oystercatchers when I lived in San Diego) for SO many reasons, daring style and beauty for starters, but the fact that their vocalizations sound like rowdy kindergardeners makes me EXTRA happy.

How great is their coloring in your photo against all that greeeeeeen? FANtastic. I bet they throw the BEST parties. AS ever, thank you for sharing. =) (hm, now I sound like a kindergarten teacher...)

Thanks, bb. Our Lass and I have been in Orkney for eight months now and we're still adjusting to a very different Nature's calendar. The Oystercatchers are a case in point. Very few remain over Winter, but they start to return in numbers during February. March to June saw them close to our home, setting up a territory, courting, mating, incubating eggs and then raising a brood. For the last few weeks, they have been largely absent from the immediate vicinity, save for an occasional evening aerial screaming competition. Instead, large groups gather in newly mown or ploughed fields, or as in my photo, on the shore at low tide. In my images, I was attempting to capture individual birds bathing, droplets splashing everywhere in a flurry of wings and water. As it turned out, the wider picture was much more interesting. Unintentional, but yeah, the green (and to a lesser extent, the blue sky reflected in the pools) makes their plumage stand out. It almost makes me forgive them for the rude Spring awakenings at ridiculous o'clock.