It's been a funny old day

07.15 Stagger out of bed, make way to kitchen on autopilot, turn on cold tap to fill kettle. Nothing, not a drop. Arse! Make a pot of tea with bottled water and stagger back to bed to contemplate having to go to work without having a shower.

09.00 Set off for work and drive past the scene of the burst pipe... exactly where it was previously, when it happened three weeks ago.

12.00 Whilst sorting through a bag of donated items at the re-use yard, a work colleague discovers this... 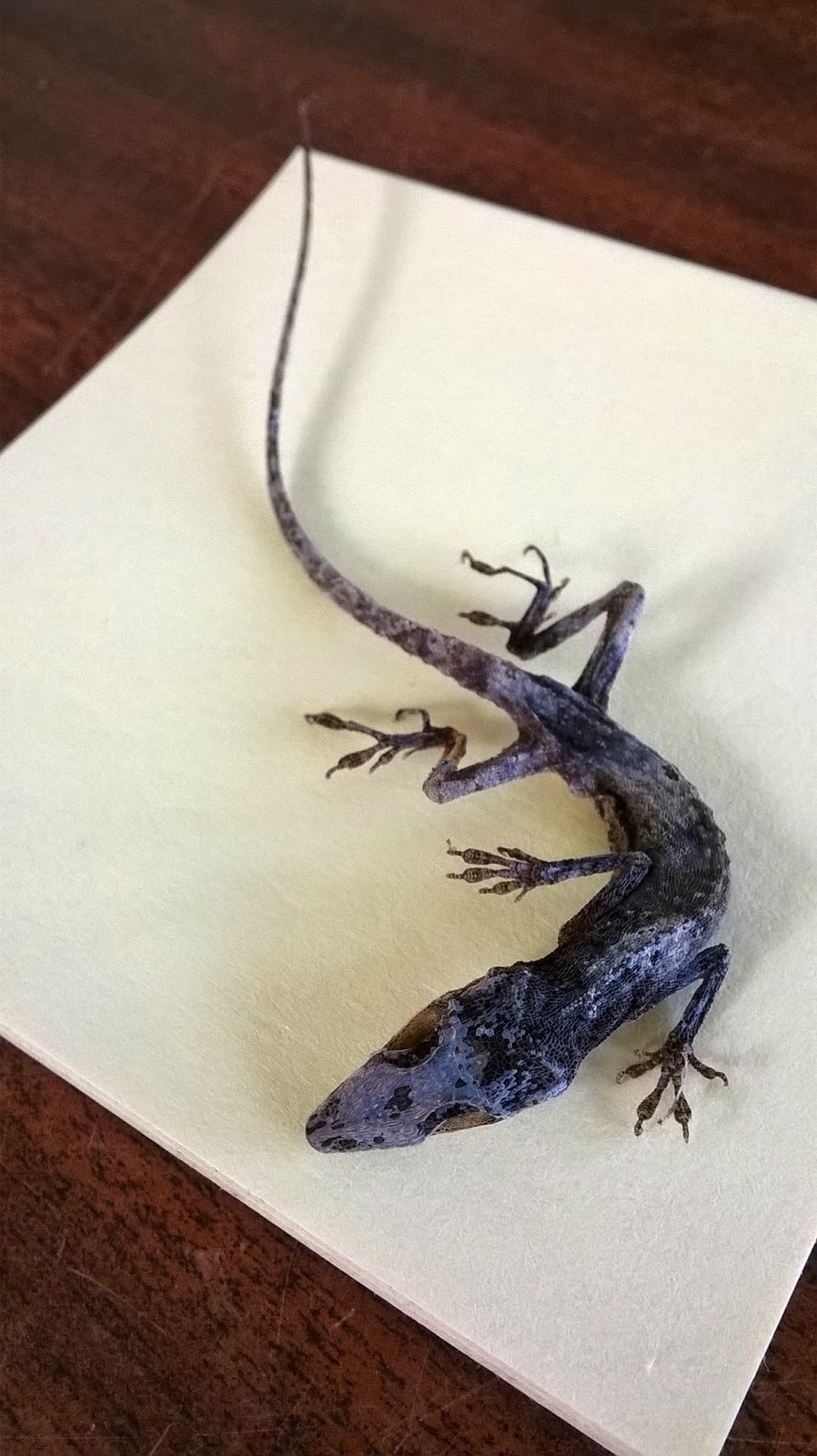 Very dead, very desiccated, not native to Orkney. May well have been dead before it made the journey to these isles from gods-know-where.

16.30 Back home again and there's a knock at the door. Open it to discover a policeman. Just as he begins to explain the reason for the visit, I notice a Hen Harrier flying behind him. It slowly glides over the road and begins to make its way along the fence of the field opposite. I hurriedly try to gauge the odds of being arrested if I run for my camera and then barge the boy-in-blue out of the way. Apparently there'd been some vandalism at the church up the road. Probably not related to the Hen Harrier.

17.00 Following the departure of the local constabulary, we sit outside with a medicinal beverage and are astounded to see a single, small, greeny-brown bird fly into the tallest vegetation in the garden, a clump of thistles. As it lands, it emits a single "Wheet" call and then remains silent, but flits in and out of the stems for a minute or two, before flying straight past us and over the house. Everything pointed to Chiffchaff. We are elated. Five miles down the coast, they're fighting off Barred and Booted Warblers, Pied Flycatchers and Wrynecks. We don't care. Much.

17.45 Our Lass shouts from the kitchen that there's a ship steaming past the Rose Ness lighthouse. 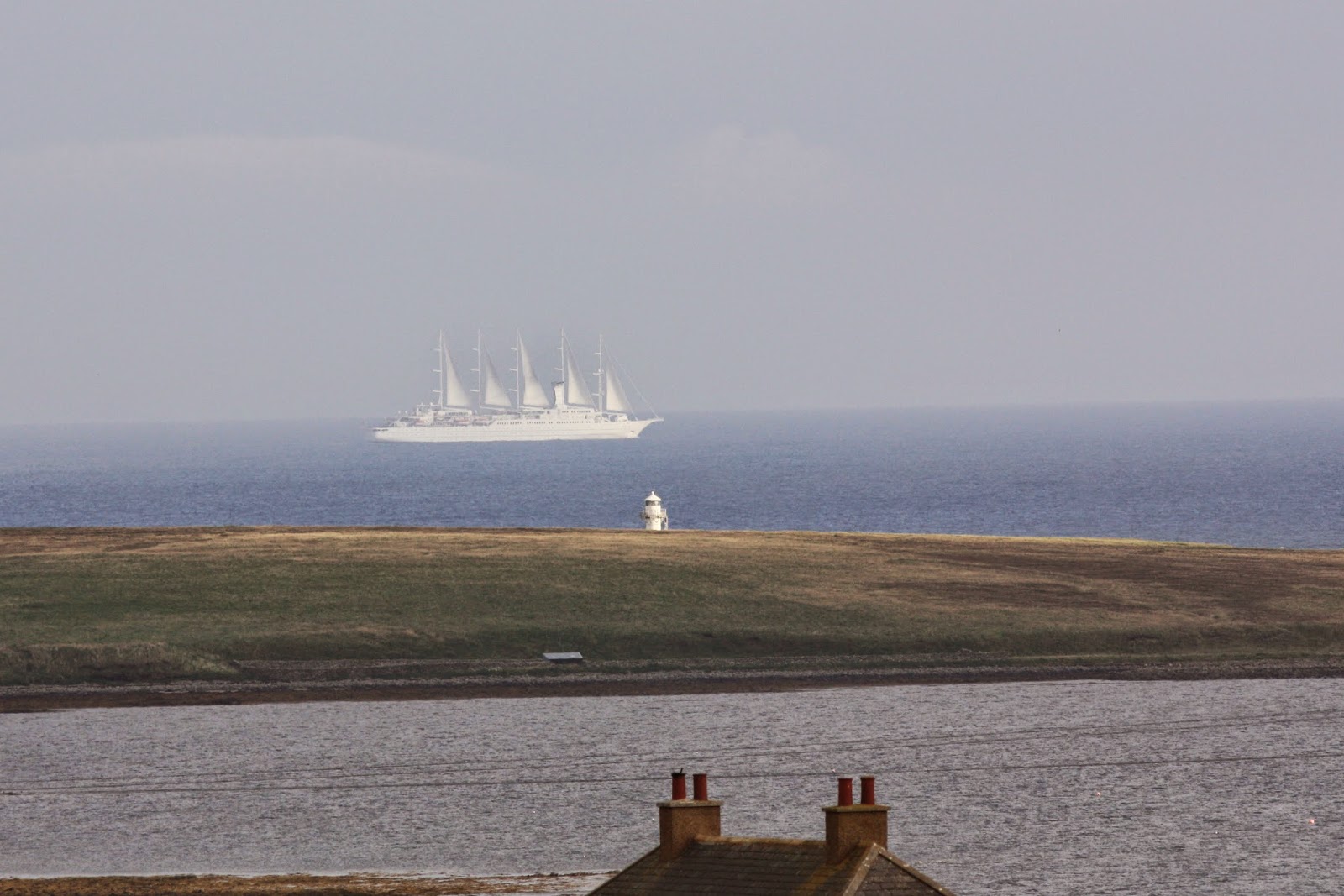 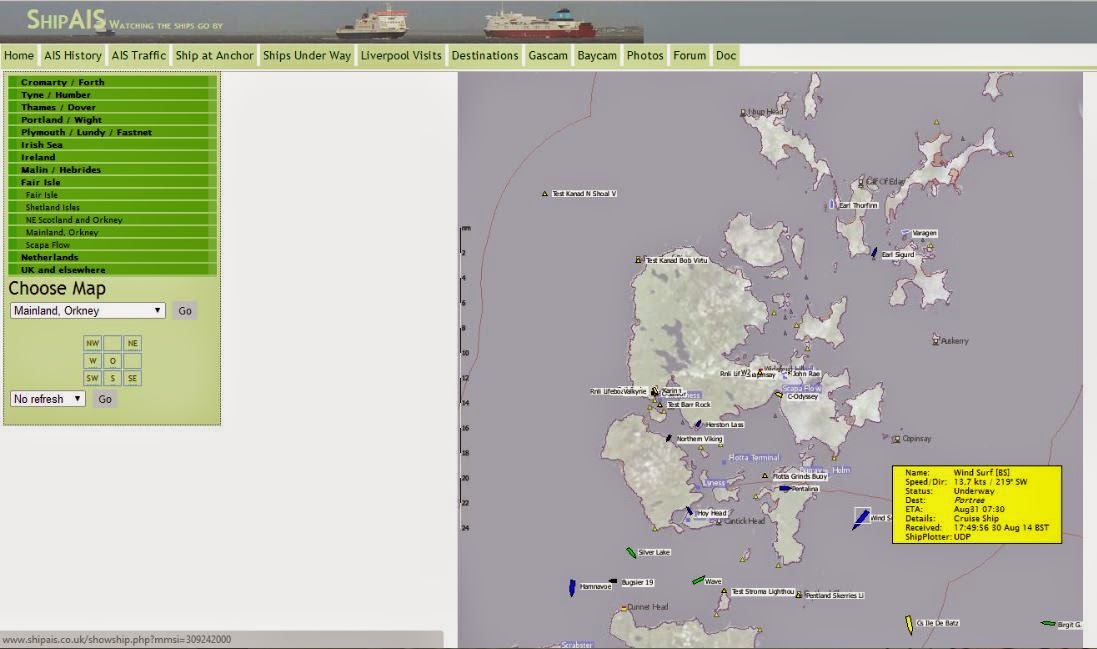 It's been a funny old day.
Posted by Imperfect and Tense at 20:33

Its good to see you've got the AIS bookmarked. It is invaluable for most shipping traffic. The other amusement was that my first reaction to the photo was.... That's 'Club Med'.. well it is and it isn't. Wind Surf was the original Club Med ship and was sold and renamed! Funny old world.

Wow, interesting. Years ago I check my (NPS) mailbox & found a small, wrinkled brown paper bag in it. I opened said bag, and inside it was a dead western fence lizard. And no note.

Not a sign of an impending mob hit, it was a sign that I was a biologist in the park with a co-worker who was apparently in a rush, and wanted to be sure I saw that. For whatever reason. =)

That's a moment when you realize your job may not be seen as normal by some.

For the record, I am SO JEALOUS of ALL THE WATER YOU GET TO SEE ALL THE FREAKIN' TIME!!!!

Martin, aye, I bet it was a bit warmer on deck in the Med!

bb, I've sent off a photo of the herp to boffins in Edinburgh, but the encyclopaedia of Facebook reckons it's a female Brown Anole. So, either a lost pet (Grrr!) or an inadvertent stowaway during relocation.

The water's just karma for all those autumnal photos with Half Dome in the background ;O)