This morning, we paid a visit to the sand dunes and coast adjacent to Churchill Barrier 4. It had been a few weeks since we were last there, but even in that short space of time the beach had seen some changes.

During this trip, the tide was further out than on previous visits. But there was something else different, which took me a while to figure out. A great deal of sand had been pushed higher up the beach and dumped in uneven mounds above the normal strand line. A most peculiar effect.

The weather forecast was predicting a dry day, a rare commodity at the moment, but this is Orkney, where changeability comes as standard. So, although we set off from the car park in glorious sunshine, it didn't last.

A flock of Starlings were feeding on the masses of seaweed strewn upon the northern end of the beach. At first glance, it wasn't easy to see them, they were surprising well camouflaged amongst the tumbles and tangles of brown stems and fronds. However, seaweed doesn't normally keep up a constant burbling chatter, so the birds were quickly located. As other beach-goers passed by, the Starlings would rise as one, the flock would disperse to some convenient overhead wires, before returning once more when the perceived danger had gone.

As we walked along the tide line, a few Pied Wagtails were also spied amongst the sea-driven detritus and, across in the dunes, a small group of Snow Buntings hopped through the grass, searching for food. In the surf, Long-tailed Ducks bobbed and dived, seemingly unconcerned at our presence.

A few drops of rain heralded the disappearance of the sun and we hurriedly covered our binoculars. 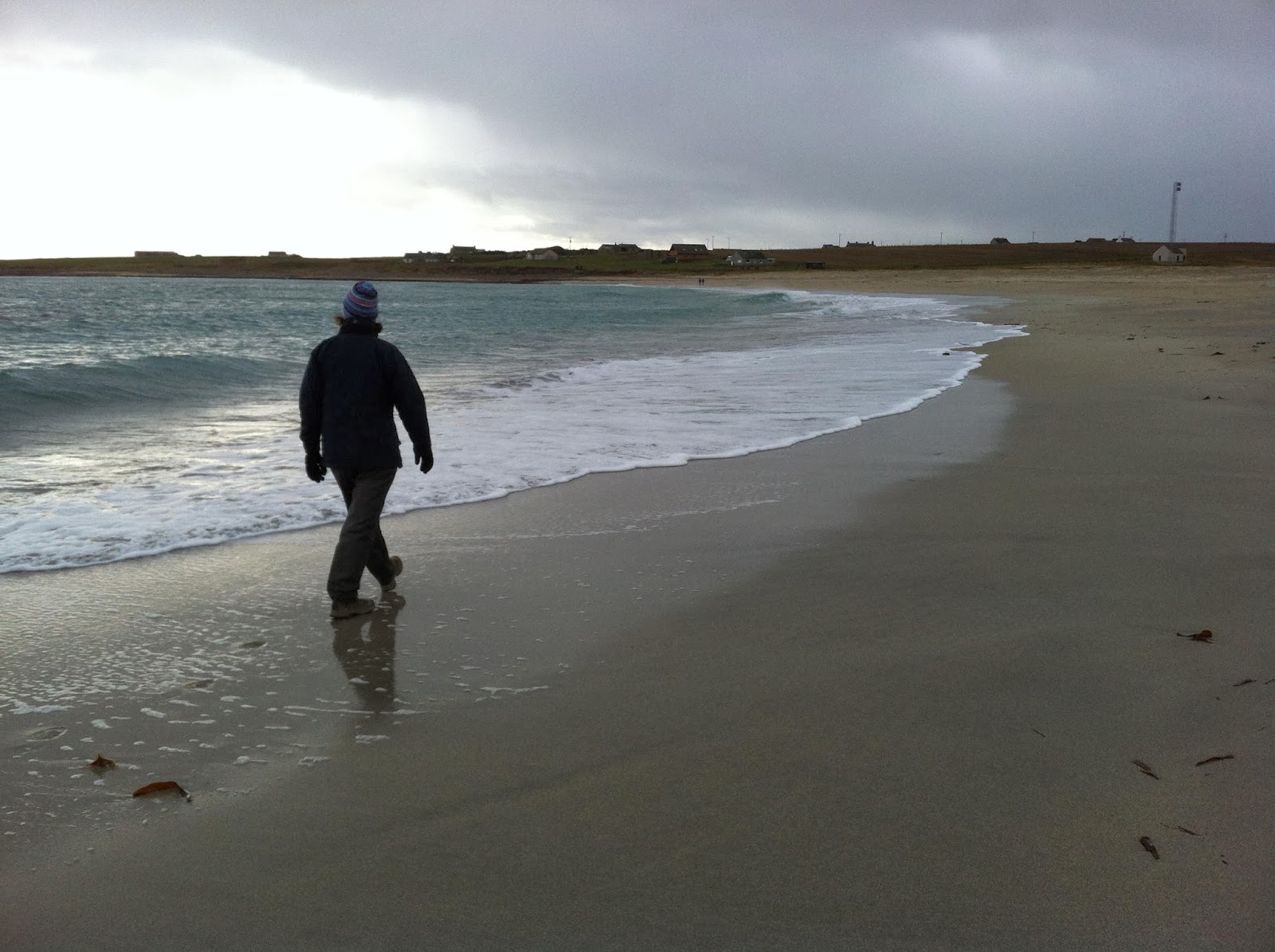 Within minutes, we were engulfed by a shower and sought some respite from the stiff breeze under the low cliffs at the southern end of the beach. As the rain became heavier, we deployed our hoods and almost missed a Sparrowhawk wheeling over our heads, interrupted in its imperious and deathly glide along the cliff edge.

With the rain, the rocks and shells on the beach took on much more vibrant colours and patterns, so we pottered about looking at these for a while until the shower moved on. Our reward for the soaking was a rainbow, arching from Burray Village, over the Ayre of Cara and out into the bay. 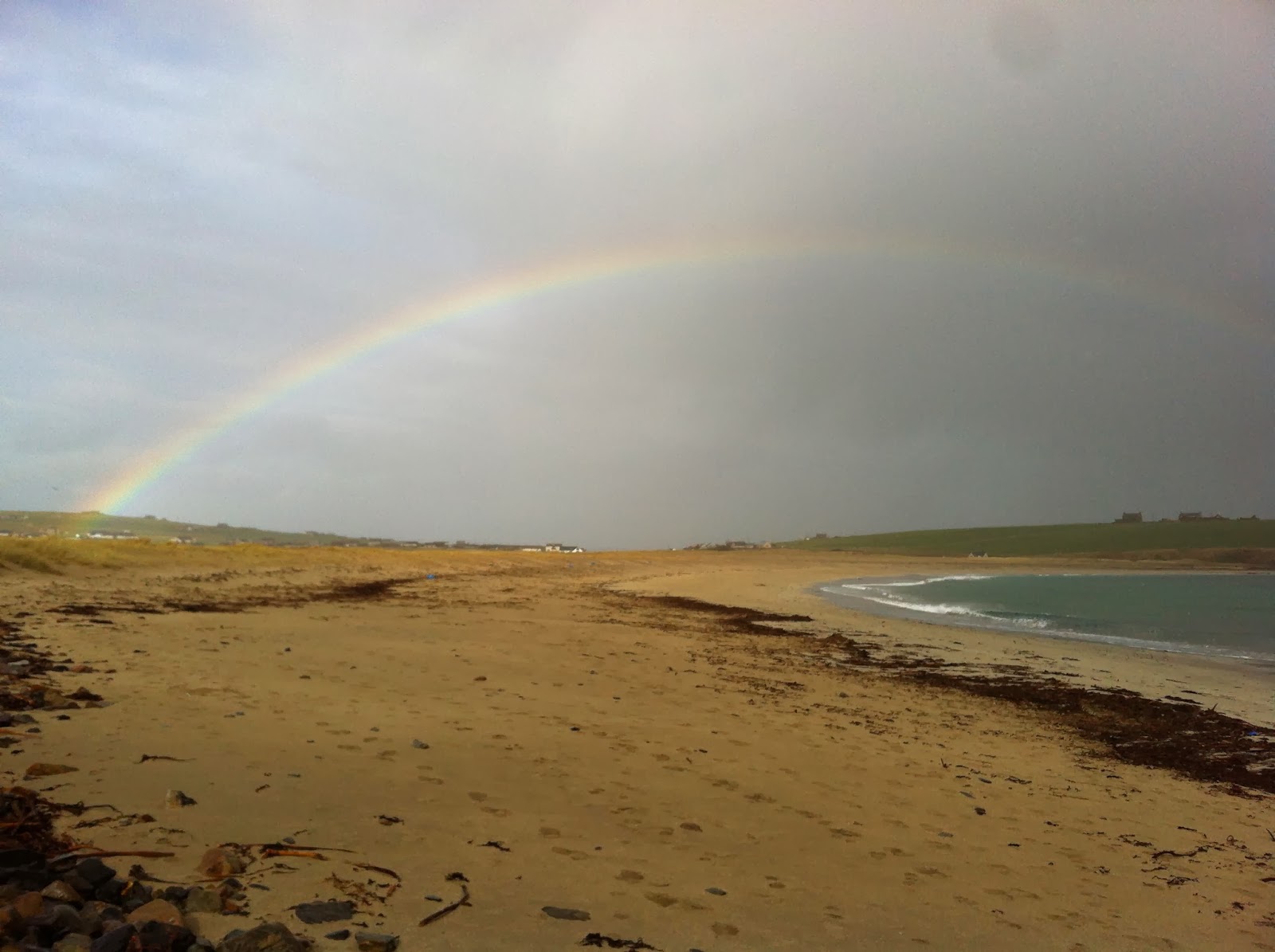 After the deluge, the rain clouds moved off eastwards, out into the North Sea, revealing the blue skies and warming rays of the promised dry day. 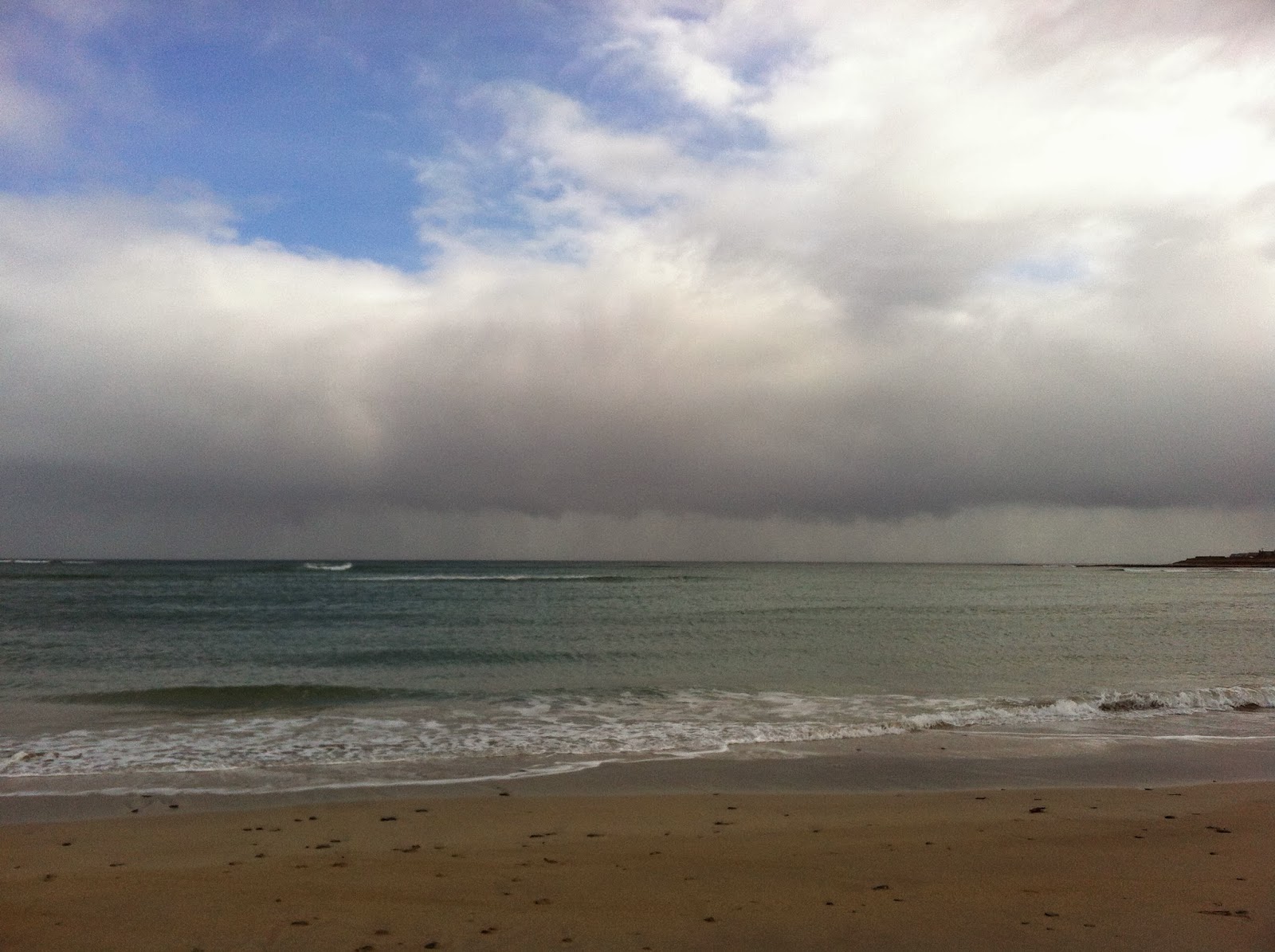 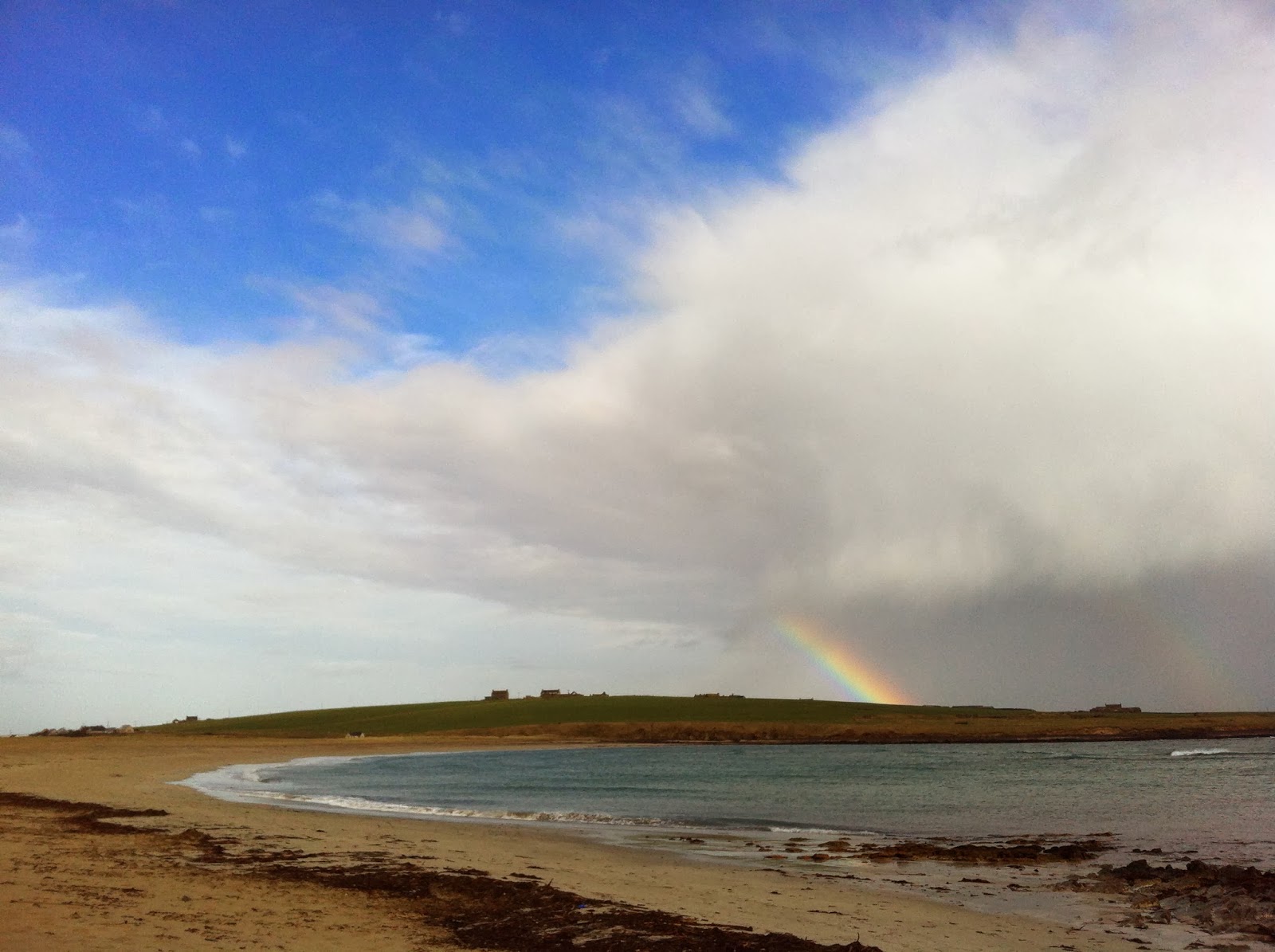 Returning to the car, we passed another small flock of birds in the dunes, Ringed Plovers. In the suddenly bright light, their bills and legs were the most vivid yellow, as if they had been dipped in the yolk of the greatest organic, free range egg of all time.

Upon which culinary note, we decided it was lunchtime and headed for the pub, feeling a little less like fair-weather naturalists.
Posted by Imperfect and Tense at 16:56

If there isn't one already I suggest you start writing the Good Pub/Coffee-shop/Eateries of Orkney guide ;). You have one year to sample everywhere, Commence!

LOL, perhaps with a graded system of rating from full cloud to full sun?