The Admiral suggested a trip to Woodwalton Fen on Saturday. His timing was perfect, as several hundred Scarce Chasers decided that "today's the day", and emerged in a show of solidarity that would reduce your average synchronised swimmer to tears. 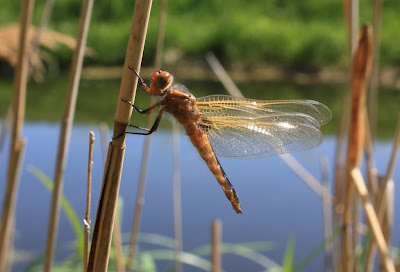 As well as these beauties (it's an eye of the beholder thing), there were Four-spotted Chasers, Hairy Dragonflies and a supporting cast of damselflies. Large Red, Azure, Blue-tailed, Red-eyed and a single Variable. 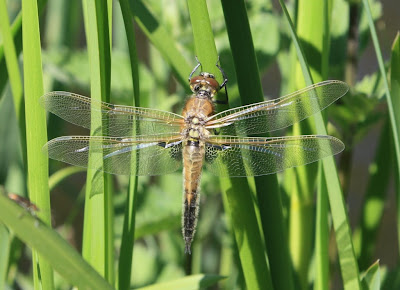 A haul of six raptors was pretty special too, Red Kite, Buzzard, Marsh Harrier, Hobby, Kestrel and Sparrowhawk. But the day belonged to the Scarce Chasers... 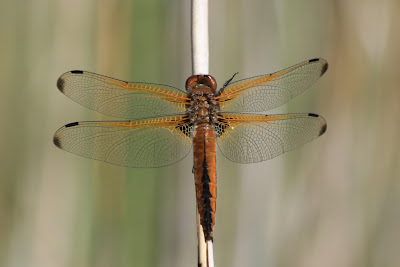 if only I knew what she was pointing at?
Posted by Imperfect and Tense at 21:56

Not fair - we went to Roxton on Sunday and the chasers were so scarce they were invisible!

Thanks, Katie. All credit to the Admiral, it was his call. Cheers for the link, too.

I'm so glad the Admirals can see odonata much better than he can ships!