Our accommodation for the week was located on a country estate, north of the town of Alyth in Perthshire. As well as the exciting possibility of beaverage, the cottage was chosen for its access to decent walking, directly from the front door. We made much use of this, giving the car several days off, whilst we trogged about the countryside, through woods, along river banks, over hill and glen and, inevitably, generally in the direction of a cafe or tea shop.

The town of Alyth has had an interesting history, with many architectural remnants giving a clue to some of its past buildings. Having used an old drove road to reach the place, we were pondering upon the derivation of 'Tootie Street', as we discovered it before we found this information panel. 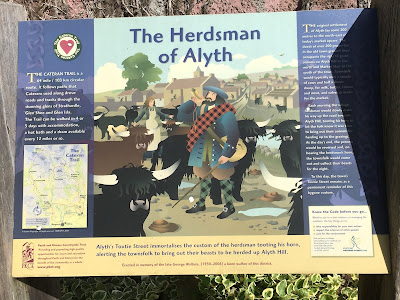 An old pack-horse bridge still crosses the Alyth Burn which runs through the town. 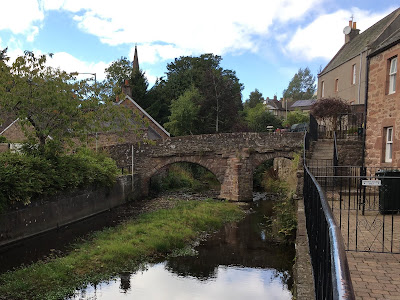 About four miles north of Alyth, on the River Isla (there's a fashion brand that didn't quite make it), was a spectacular waterfall known as the Reekie Linn, a reference to the spray in the gorge looking like smoke. 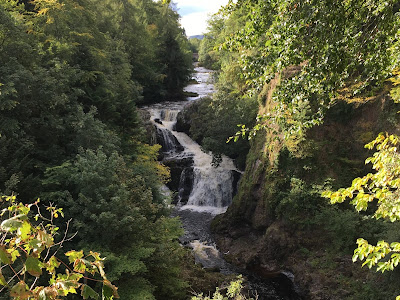 We also spent an interesting morning in the grounds and gardens of Glamis Castle (though, admittedly, only after we'd been to the tea shop). 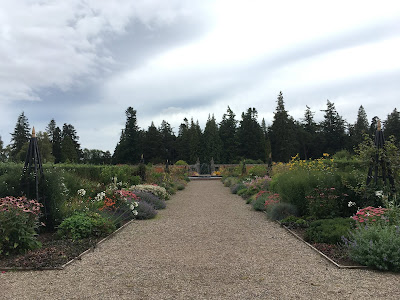 I'm too much of a revolting peasant to be having anything to do with the inside of the castle. Not far from Glamis is the town of Kirriemuir, a name which I had a niggling feeling I knew from somewhere, if only I could think where. We had a look around the place, and its main claim to fame appeared to be as the birthplace of J M Barrie of 'Peter Pan' fame.

I was fairly sure that wasn't why I knew of the place and, fortuitously, I overheard a barman in one of the local hostelries talking to a customer about Bonfest. Of course! One-time AC/DC front man, Bon Scott was raised in Kirriemuir, and the town have an annual rock festival in tribute. One of Orkney's local bands, Rocker, played at the 2015 festival, so that was obviously what I had almost remembered.

On the way back from Kirriemuir, we stumbled upon an RSPB reserve, Loch of Kinnordy, and its wildlife busy stocking up on food for a harsh Winter to come. I just love how the chewing gradually subsides as the realisation that there's something not quite right slowly dawns.

Posted by Imperfect and Tense at 21:44

'Rocker'was an ac/dc track from the album 'dirty deeds..' so are they a tribute band? Looks a very nice area, must give Perthshire a shot. Just addicted to Highlands and Islands.

I believe they're on record (no pun intended) as saying they're not a tribute band, they just play a lot of AC/DC stuff.

The other reason you might know of Kerriemuir is from my tales of visiting it for few days while Del was based there doing some research many moons ago.

Of course! Tales of Braemar and horrendous weather. It is a grand part of the world.