Wildlife in the city

It's the end of January, so it must be Celtic Connections, the celtic folk music festival held in Glasgow each year. We've not attended the event since 2015, how the time has flown by, but for 2020 we were lured out of our island home by the prospect of a Peatbog Faeries gig. The flight from Kirkwall to Glasgow went smoothly, as did our bus transfer into the city centre, although staring out of the bus window for signs of wildlife only yielded gulls and feral pigeons (apologies to any Larusophiles reading this). However, upon arriving at our accommodation for the weekend, we discovered a rare American visitor perched on the wall. I think this is a Blue Jay? 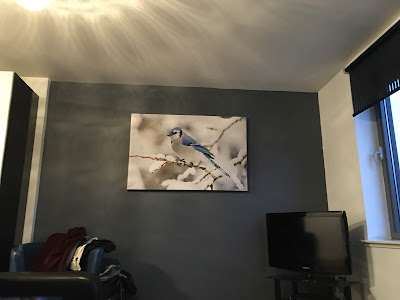 
Their set was eclectic and very enjoyable, ending with a Turkish version of 'Charlie is my darling', including finger cymbals!

Of additional interest for us was the band's new guitarist, Aidan Moodie of local duo Gnoss.

The following day brought an opportunity for some early morning photos from our sixth floor perch. 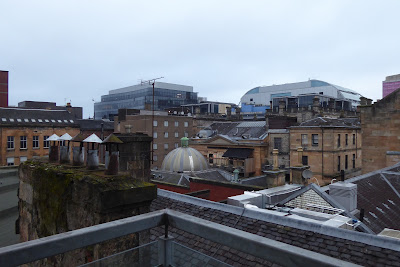 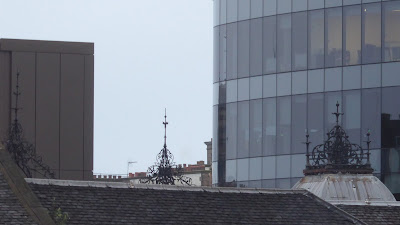 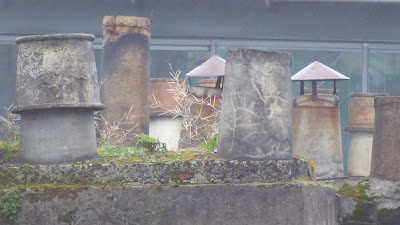 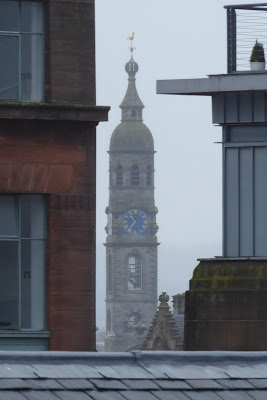 Dr Jelly suggested a short trip to Balloch, on the edge of Loch Lomond, so we set off for Queen's Street rail station. Here's the view across Platform 8 to Platform 9, featuring some city wildlife... 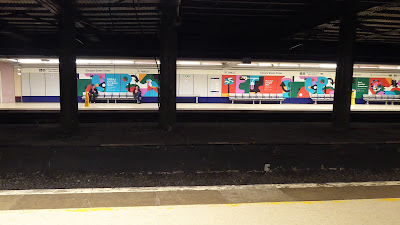 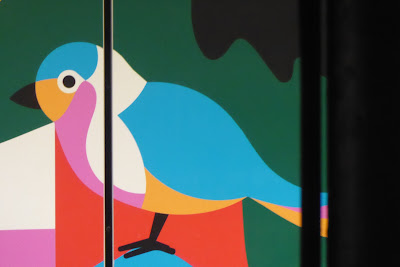 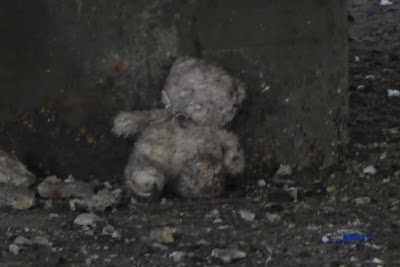 A walk around Balloch Country Park yielded several highlights, including Goosanders, a Treecreeper, a Little Grebe and several Goldcrests.

That evening, the gig was at the Barrowlands Ballroom. 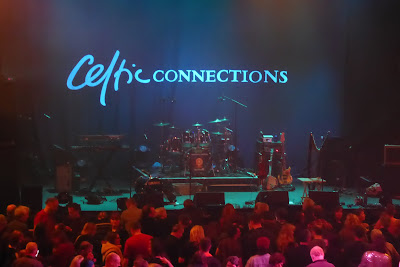 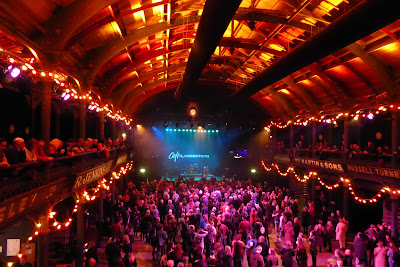 The support act were The Poozies, an all-female traditional folk band. They were absolutely sensational, an irreverent, energetic group of musicians on top of their game. And we will be keenly looking for opportunities to listen to them again. 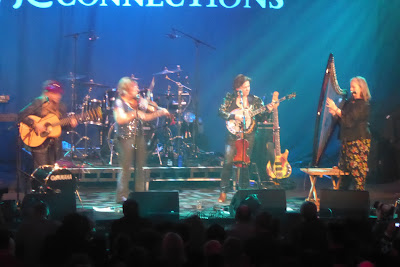 Then it was time for the Peatbog Faeries, with their particular brand of celtic fusion. 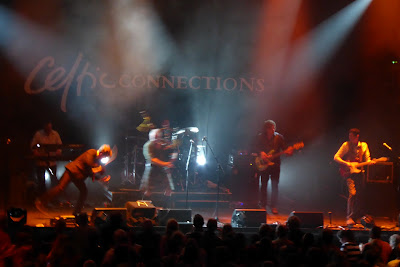 For their final song, the Peatbogs invited the Poozies back to the stage, the ladies appearing in huge blonde wigs. 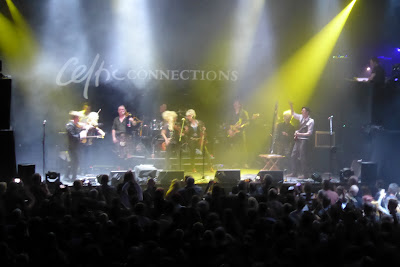 For the encore, headgear was swapped, the wigs being sported by the Peatbogs! 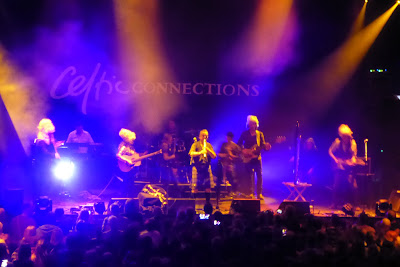 Posted by Imperfect and Tense at 07:48

Apparently this year, Chinese New Year has coincided with Burns night! There was an event organized by a colleague, I wasn't going to go but he 'twisted my arm'