Breaking a duck... no birds were harmed in the writing of this post

On a recent warm and calm day in Orkney, I was able to add the first sightings of the year to my Odonata diary. The long wait through the Winter was finally over as, along the banks of the Wideford Burn in East Mainland, a couple of Large Red Damselflies were seen. 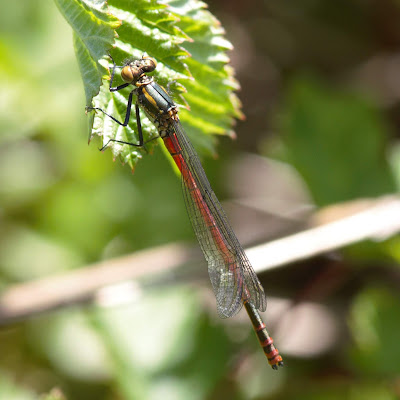 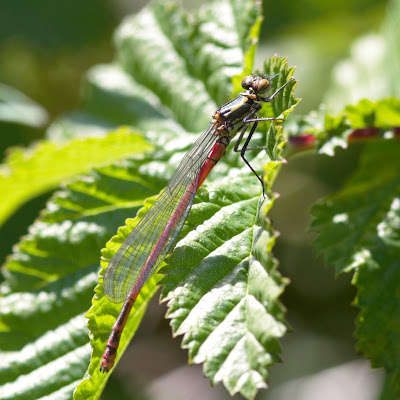 A 'large' butterfly which tumbled past and dropped into the vegetation resolved itself into a pair of mating Green-veined Whites. 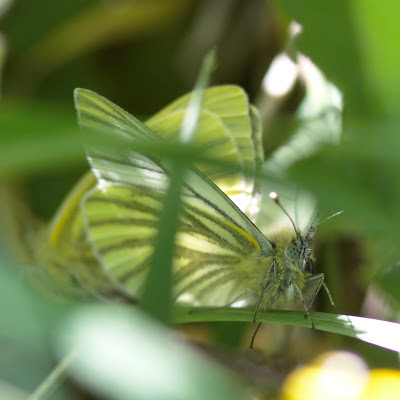 Later in the day, a small pod of Orcas was cruising around Scapa Flow, so Our Lass and I changed our planned route for a walk and headed over to the coast by St Mary's village. Sadly, as is often the case, we didn't manage to catch up with the pod, but there was loads of other wildlife around, including a pair of Little Terns. 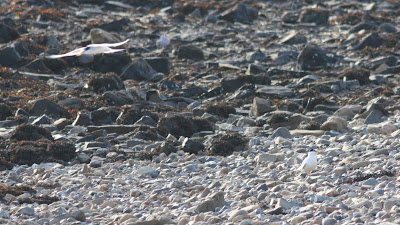 We spent some time gazing out across the Flow, listening to the calls of a variety of birds and, at least in my case, occasionally checking social media for Orca sightings updates. 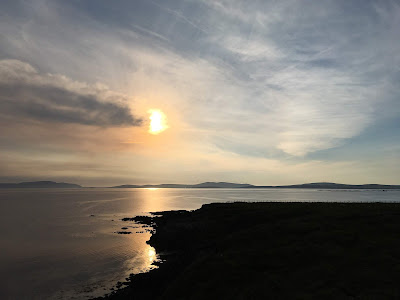 Posted by Imperfect and Tense at 08:03

Gorgeous sunset. No green veined whites here this year. They were prolific last spring but that could have been due to the dampness. I’m guessing it’s quite damp in your corner! B

Ah now, I thought of you yesterday as we've lots of large reds by the pond, all busy laying eggs, and I saw my first blue-tailed of the year as well as common/ azure blue. You did tell me last year how to tell them apart but I can't remember the differences??

Hi, B. May is our driest month, or is it our sunniest? Whatever, we've had much less rain than normal of late. We're actually having to water newly-planted seedlings in the garden!!

Hi, CT. I think I am rather envious of your pond and all its odonate life. Blue/black damsels are tricky, right enough. If they happily sit side by side, it is easy to spot the differences, but Nature doesn't work like that. Looking at the thorax (not the head, not the tail), there's a definite blue stripe on the 'shoulders'. This is much thicker in the Common Blues compared to the Azures. Also, moving on to the abdomen (tail), the second segment, counting from the thorax, has a distinctively-shaped black mark. In the Common Blues, it's a mushroom. In the Azures, it's a U. There's another five species of blue/black damsels in the UK. It's worth checking out the ID info on the newly-updated British Dragonfly Society website: https://british-dragonflies.org.uk/