I began writing this post quite early this morning, certainly pre-dawn, whilst the still air was full of the sounds of cattle lowing and curlews calling.

During the festive period, we usually plan a visit to Graemsay to spend a day with those stars of wonder Sian and Button of Life on a Small Island. This year was no exception.

The Saturday morning boat bound for Hoy and Graemsay leaves the picturesque location of Stromness at 09.30, so as we wandered down to the harbour, the sun was just rising. Several squally showers were pulsing through, which lent a Turner-esque feel to the scene. 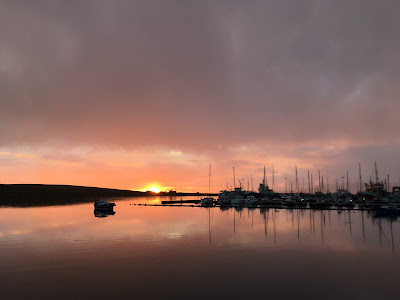 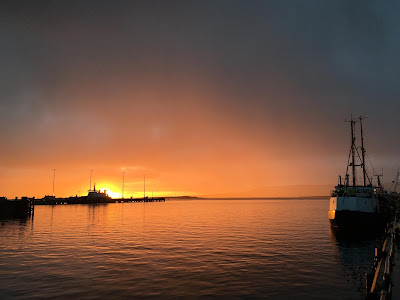 As you can see, there wasn't a breath of wind, so the ferry crossing was relatively smooth, only the tidal race into Scapa Flow causing any gentle rocking action (for a topical musical note, think more the Rocking Carol, rather than the Queen stadium anthem).

Once ensconced at Chez Sian, there were a few DIY tasks with which to be helpful, as I feel it's only right and proper to earn one's keep if accepting the hospitality of a small island community.

Then it was down to Sian's beach, a stretch of rocky foreshore fringed with the most amazing shell sand. Whilst Sian and Our Lass pottered to and fro looking for Groatie Buckies (the shell of the Northern Cowrie sea snail, Trivia arctica), Button and I frolicked about, one of us taking photos, the other pouncing on the occasional bit of unruly shell.


As we returned along the main island road, I managed to capture this shot of Button, which almost seems to show her returning from the Community Hall after a night of carousing. 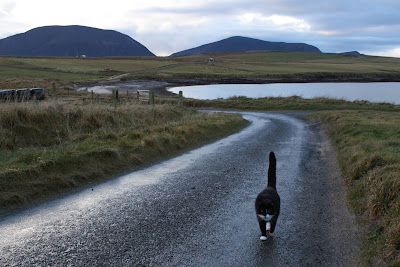 Then it was a contemplative circumnavigation of the walled garden, before settling down to a late lunch. There may have been cake. 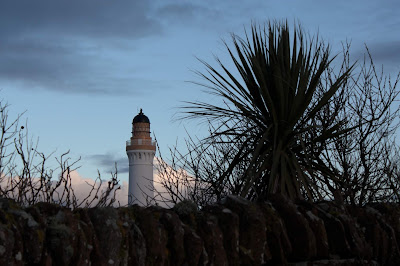 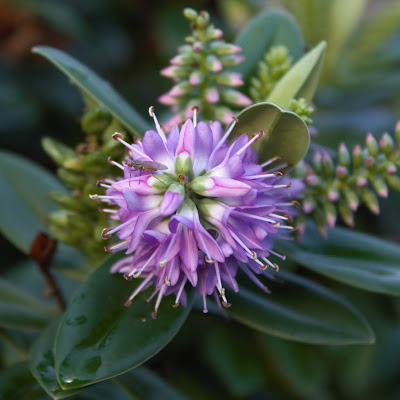 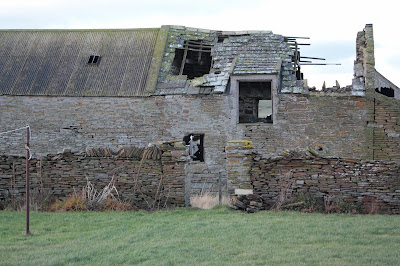 After sunset, and as we ventured out for the return boat, the just-past-full Moon was rising behind Hoy High lighthouse. 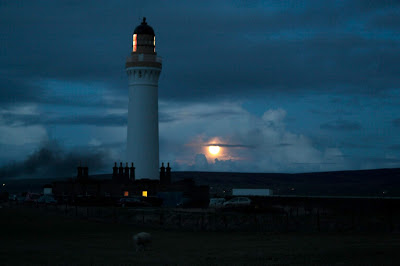 Posted by Imperfect and Tense at 13:38

Perfect. Love that shot of Button. She does make me smile. Incidentally, I had don’t fear the reaper man on my parkrun playlist for a while 😬

A perfect place for an away day. Those early morning skies are glorious. Must be quite unusual to have a calm sea in your corner. Not seen one here in a while ! B

Some amazing pictures sir! Are they on phone or proper camera? Quite like the second sunrise shot, clouds and the light house most.

JD, the first two photos are with my phone, the rest with a DSLR and standard lens. The first rule of Orkney ephemeral sky photography is "Never be without a means to take a photo!"

Barbara, it was unusual, until it happened again today!

CT, my running days and the advent of MP3 players did not overlap. All I got to listen to was birdsong and the sound of some unfit bloke gasping for breath :o) Oh, there will likely be more Button paparazzi action on Sian's blog soon.