Whilst we were on the island of Graemsay on Saturday, local social media reported that there was a small pod of dolphins (species unconfirmed at that point) in the bay by Finstown in the West Mainland. It was dark by the time we returned to mainland so, sadly, we just drove by the location of the sighting.

Yesterday (Sunday), sightings continued, but we were otherwise occupied with pre-festive stuff and didn't make it as far as Finstown.

Today we are both working. Frustratingly for Our Lass, she had to drive by this spot on her way to work, but in the pre-dawn light, there wouldn't have been much possibility of a sighting.

However, for Yours Truly, who, fortuitously, was working out west, my drive-by occurred an hour later at half nine. I don't usually pack my camera equipment in the van, keeping business and pleasure quite separate (wildlife seen whilst driving doesn't come under this rule). However, today I made an exception, just in case this particular eventuality occurred.

A small pod, maybe four, dolphins were swimming in lazy circles, up and down a stretch of water which is an outflow from a freshwater/tidal lochan (known locally as The Ouse or Oyce). 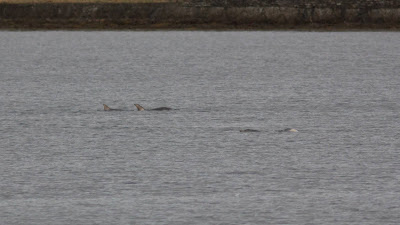 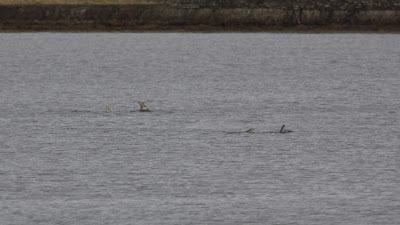 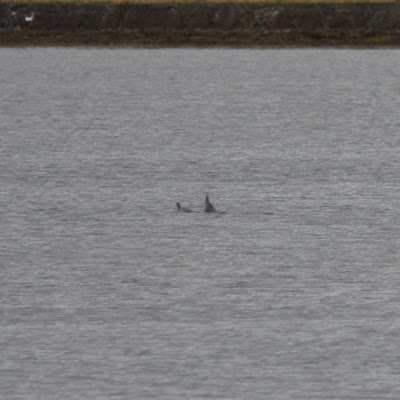 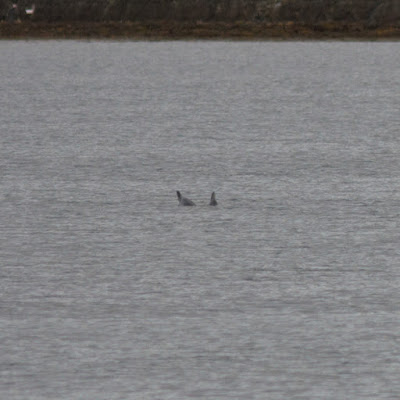 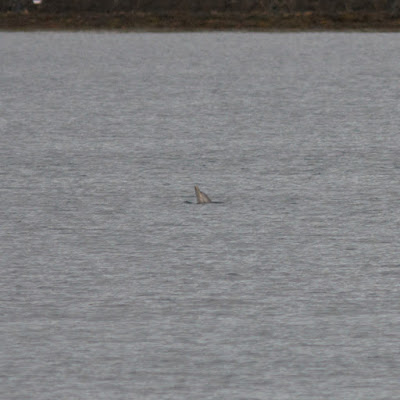 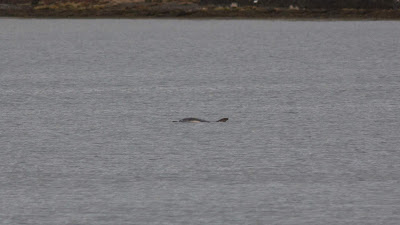 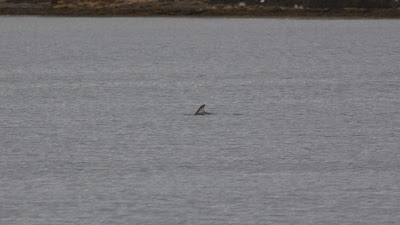 Current thinking (by those who can ID a dolphin at range) is that these are Common Dolphins, and although this behaviour is atypical for the species and time of year, it has been suggested that they've either followed some fish into the bay, or maybe chased them in. And are now reaping the bounty, much to the annoyance of the local seals! Certainly, the creatures seemed calm and relaxed, not anxious or perturbed, so fears of a beaching and possible fatalities have been allayed.

Between work visits, I popped back for another look later in the morning. The light wasn't as good, but the dolphins were still there, as were plenty of folk enjoying a pre-Christmas wildlife-watching moment.
Posted by Imperfect and Tense at 13:35

Nice one - given I'm often rubbish at picture ID I would say they are undoubtedly Common. You even have them spy-hopping! The only Cet I've seen frequently do that are Pilot Whale. Picture 6 is the biggest giveaway as to what they are was to are a couple of the spy-h ones.

Congratulations on breaking the 150 barrier! We had some Slavonian Grebes today too.

There will be more info to come soon on my Small Year list for 2018...