Centenary of the end of the Great War

To mark the 100th anniversary of the Armistice which brought about the end of hostilities in World War 1, there were poignant events throughout Europe and further afield.

In Orkney, where history is always very close to the surface, we were no exception.

In the evenings leading up to the 11th of November, an Armistice animation was projected onto the west face of St Magnus Cathedral, in Kirkwall, a 20 minute encapsulation of what it must've meant to leave a way of life, not knowing whether you would return; to be a part of the horror of warfare; to possibly have to make the ultimate sacrifice. It was very sombre and thought-provoking. In fact, as I watched it, I was struck by how melancholy it was, and mused that it wouldn't have been out of place as a backdrop at a Pink Floyd gig. This isn't me trying to be disrespectful, as I consider 'loss' to be one of the central themes of the band's music.

At 6am on Sunday 11th November, pipers played 'When the battle's o'er' at several war memorials in the county, including the one just down the road from Tense Towers. Unforgivably, I was still pushing out the zzz's, and missed the whole thing.

On the afternoon, at Scapa beach, a crowd gathered to watch the 'Pages of the Sea' art installation. Local volunteers created a sand drawing of a local serviceman, from the island of Flotta, who had been killed during the war. A poem, 'The Wound In Time' by Carol Ann Duffy, was read out. 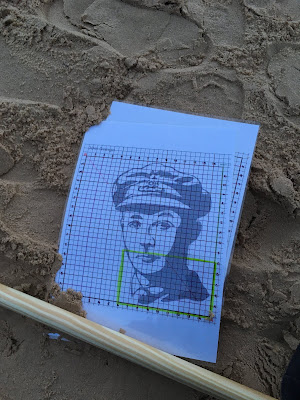 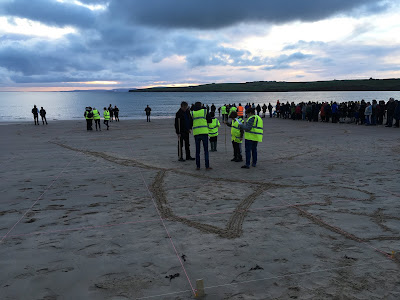 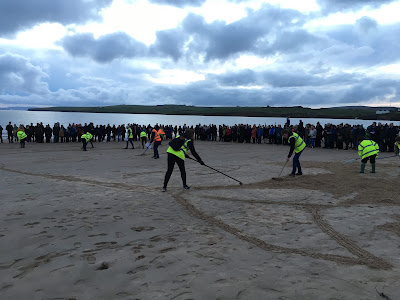 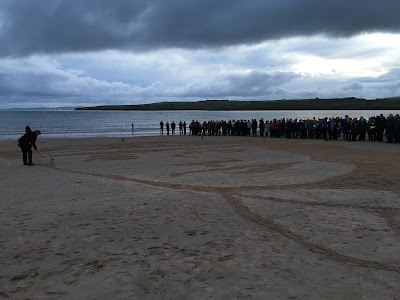 At this time, it was appropriate for me to remember a great uncle, my paternal grandmother's brother, who was killed on the Western Front, aged 27. As far as we know, my great uncle's regiment was recalled from India at the outbreak of the war. They arrived back in the UK on 22nd December 1914. By the 18th January 1915, his regiment had landed in France and, barely 5 weeks later, he was dead. His name is recorded on the Menin Gate memorial in Ypres.

Though an ex-soldier myself, I do not attend Remembrance services, feeling that they are too militaristic, which is not a tone I'm comfortable with. However I do buy a poppy each year, as I am of the opinion that if we do have to wage war (I accept that there may be certain circumstances where it is justified), then the very least we can do is to support the injured and the bereaved.

Posted by Imperfect and Tense at 15:54