No photos of the fleetingly-seen Dunnock, I'm afraid.

But the Redwings just keep on coming, and a couple of Fieldfares deigned to show up too.

Then, a noise we'd been hearing all afternoon, whilst we concentrated upon more mundane matters, made itself felt. Opening the window further, we realised that it was the sound of Whooper Swans, newly-arrived from Iceland and refuelling before heading further south. We couldn't see them, so figured they were either foraging in a field down the hill, or maybe gathering on Graemshall Loch.

Jumping in the car, we drove in the general direction of the whooping, without recourse to a road map for the route to swanage. Sure enough, on Graemshall Loch, there were about twenty families of Whoopers, maybe 100 swans in all, busy socialising, feeding and preening.

We parked up and just enjoyed the sight and sounds of wildfowl and waders, as the fading light lent an atmospheric feel to the scene. Some gentle whistling indicated the presence of Wigeon and several wisps of Snipe burst into the air, but before I could voice a query of "I wonder why they did that?" a Hen Harrier glided by as sufficient explanation.

I've not seen a Swallow for a day or two, and wildlife-y chat is turning to the subject of Grey Seal pups on the nursery beaches of the islands. These are the things, rather than deciduous leaf colour, that tend to illuminate an Orcadian Autumn. 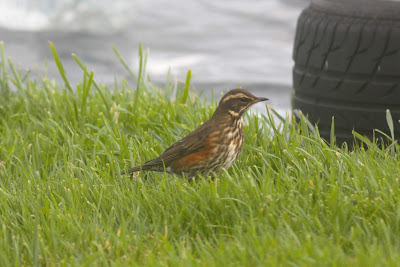 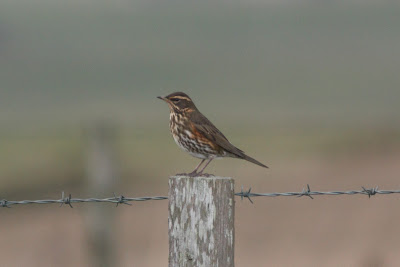 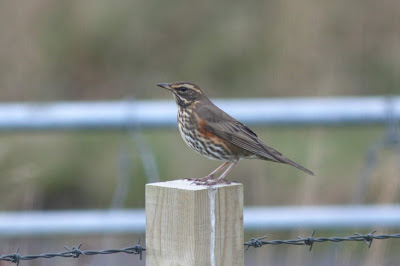 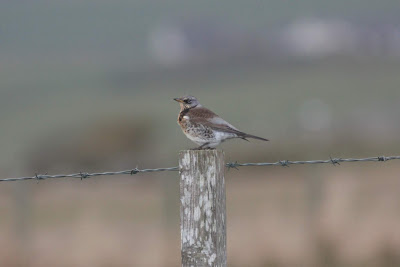 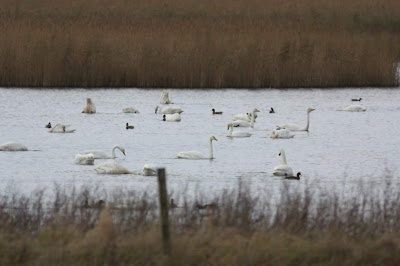 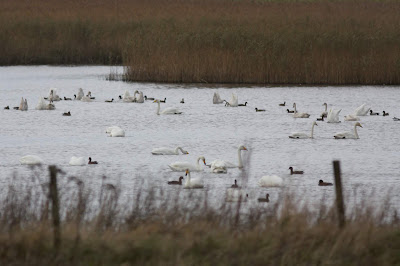 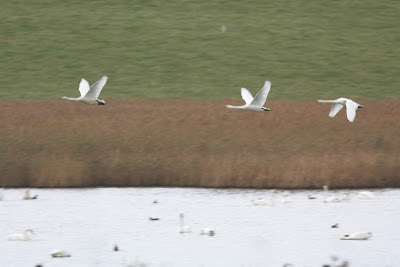 Fans of the Canadian rock band Rush may appreciate the pun in the blog title. 'Cygnus X-1' was the black hole featured in their eponymous track, whilst Cygnus cygnus is the Latin binomial for Whooper Swan. Researching this, I have just realised that the starship of the song's hero is named after Don Quixote's horse, Rocinante. Live and learn.
Posted by Imperfect and Tense at 21:19

Morning Tensey, yes I was immediately drawn to the title. Never knew that about Rosinante- Rush lyrics are deep in meaning. Well what an incredible Autumn you have, first D-day then all those beautiful Swans. Good work!

Aw, Mark, 'D-day', that's brilliant! I missed a trick there!

Wisps of Snipe, everything to like about these birds, even their collective name. I am still giggling over your Dunnock. It's almost as funny as your Robins, and just goes to show how we take for granted that which is ubiquitous and has served as a timely reminder not to- my goodness how I would miss these little birds if they ever went from here. As a case in point, I have just rescued a blue tit from the kitchen - pictures on my blog. The Redwing must be less people-averse in Orkney, I can never get close enough to photograph them here. And, as usual, I am jealous of the things you see, this week it's the Hen Harrier.

I think many birds migrating through Orkney, or anywhere really, are just starving hungry, so their main preoccupation is finding food, rather than worrying about danger. In a similar way to a spell of bitterly cold weather bringing a host of birds to the garden bird table. Y'know, I see Hen Harriers on a regular-ish basis, but have never managed a decent photo of one, must try harder.

I'll make you a deal- I'll photograph a Dunnock in the garden here and post it if you get me a photo of a Hen Harrier for your blog :o)

LOL! Your comment instigated a quick search of the word 'harrier' through the I&T canon. They are definitely in there, some of them Marsh rather then Hen, but none of the photos are great, with the most inspiring probably being the tumbling pair of Marsh Harriers at Woodwalton Fen. What I really ought to do is have a dashcam fitted to my van, as many of my sightings are of birds in a low glide, skimming over fences as they cross the road. But, yeah, I should try harder, so I will accept your challenge :o)

I feel I may have the easier end of the bargain- I counted six dunnock hopping about the feeder outside the kitchen window earlier :o) I could try for a Goshawk displaying over the woods down the road next Spring- apparently they are growing in number there, although I've yet to see one. Pushing the resident sparrowhawks out.

Wow! Both for the Dunnock and the Goshawk!