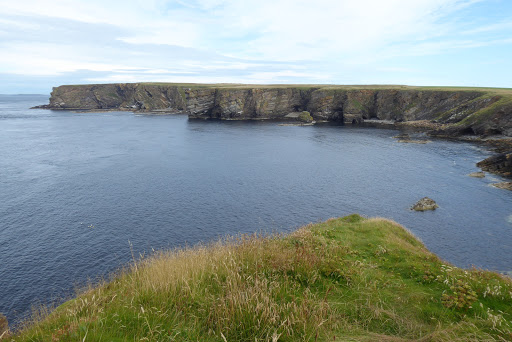 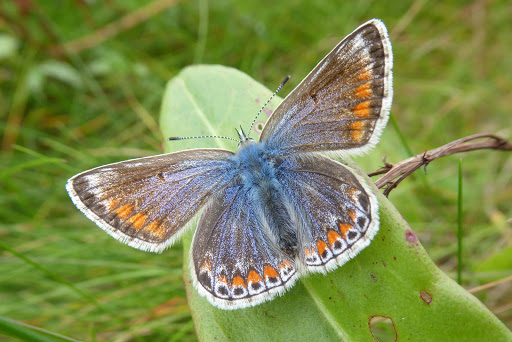 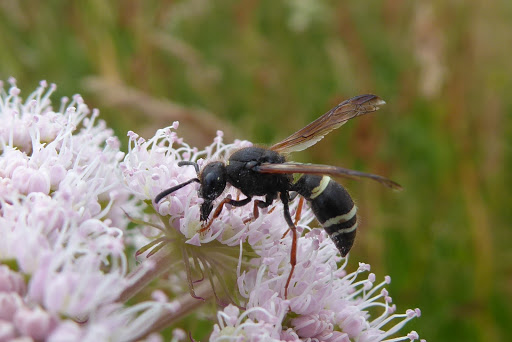 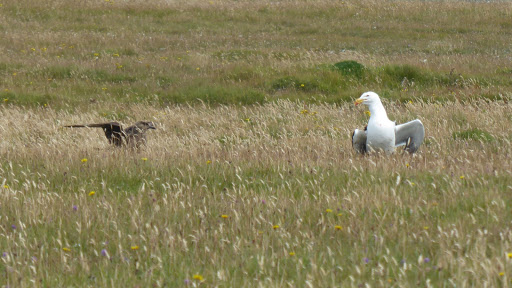 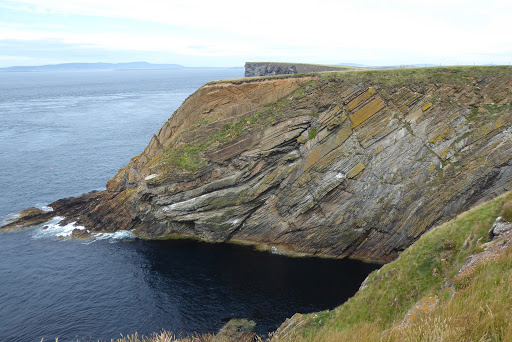 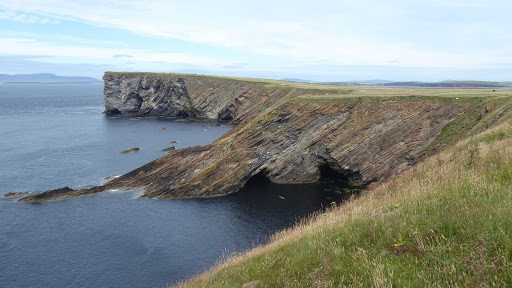 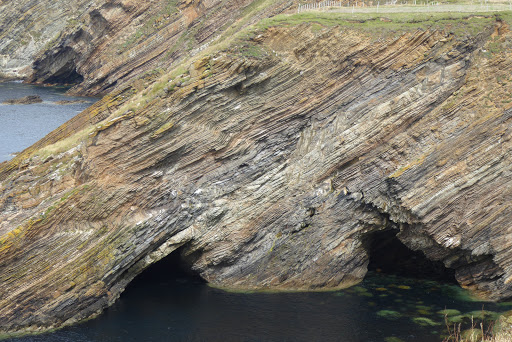 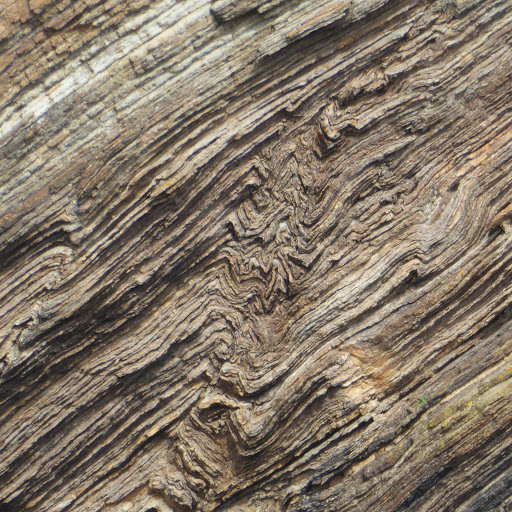 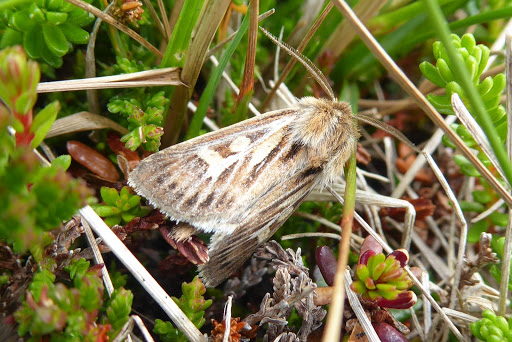 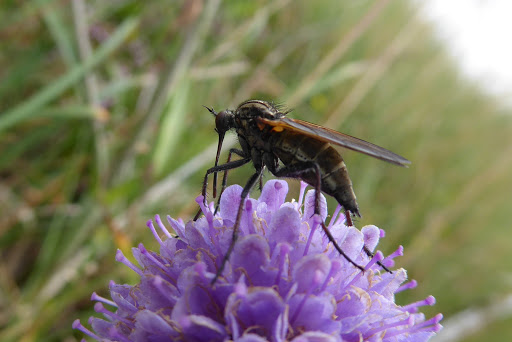 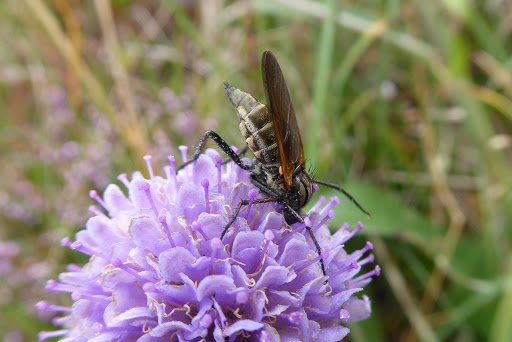 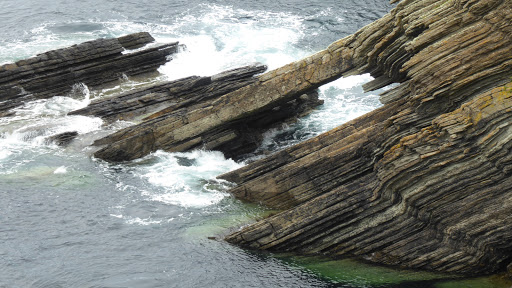 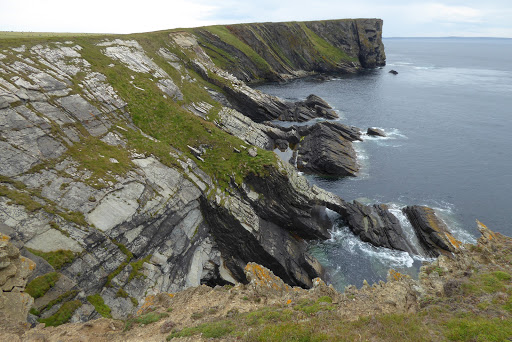 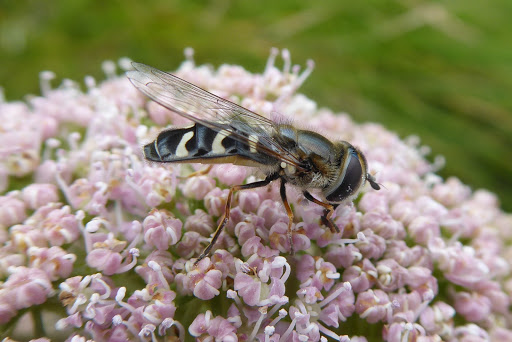 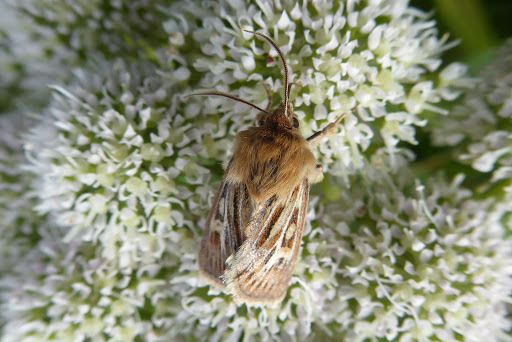 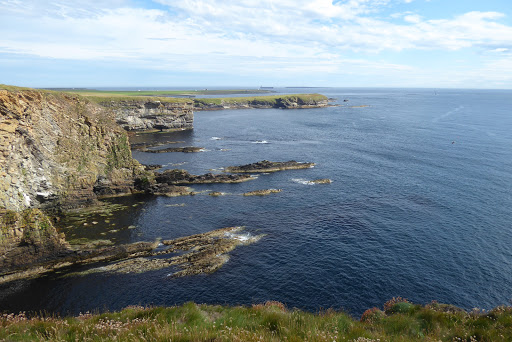 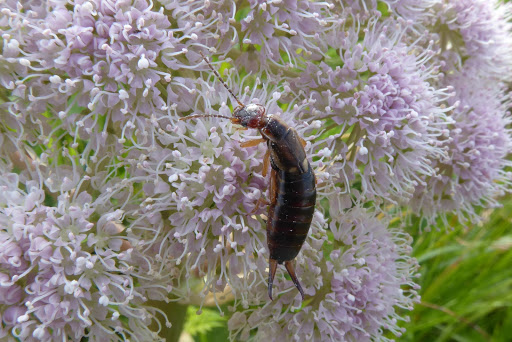 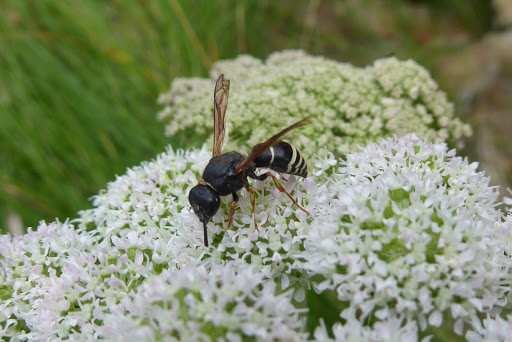 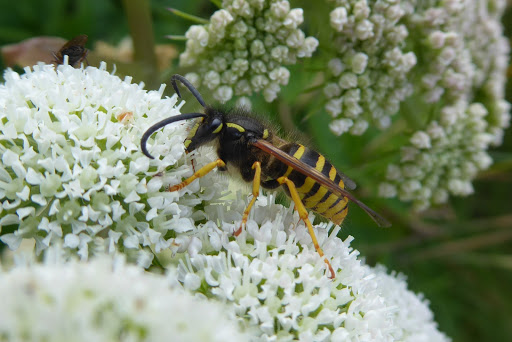 Posted by Imperfect and Tense at 14:33

You did well with the 'Blue' they never open their wings for me!

Ah, but you never see photos of my failed attempts! Certainly, a butterfly will close its wings to be less conspicuous if it senses potential danger. My motto is 'low and slow', trying not to be a huge looming presence rushing in. But I think, more importantly, it depends on whether the butterfly is too hot or cold. If the latter, and that's more likely here in Orkney, the wings will be open to soak up some therms. Perhaps south, they're already too warm and shut their wings to keep try and keep cool. But yes, I was very happy with the results from this particularly careful approach, especially as it was on a cliff edge!

Wonderful photographs, and I'm rather jealous of your Small Tortie sighting. I've only had one fleeting glimpse all summer of this once common species. Thank you for the comment om my blog.

Hi Caroline, Orkney doesn't have that many species of butterfly, so they're all quite special. I think there's about 10 species present during the year. We lost a Fritillary a few years ago (a fact I only recently discovered) but gained Comma in 2019. I enjoy visiting your blog for the wide diversity of wildlife you share. It is most appreciated.

Still here, Mark, just lost the muse for the moment.

Mr Tense, I check your blog about once a month to catch up on your musings and thoroughly enjoy it. I lived on Westray for a few years when I was much younger and your posts take me right back to wonderful Orkney. I noticed you haven’t posted for a while and hope you and the Lass are well. All the best from Arbroath, John

Hi John, Thank you for your kind words. Currently, I am wondering whether I&T has run its course and, if so, what to replace it with. Hopefully, these conundrums will be resolved in due course. Shockingly, I must admit that I haven't been to Westray for ages, although work has taken me to all the other outer isles this Summer. And, oddly, lockdown has given me a whole new appreciation of the archipelago and its wildlife. Best Wishes, Graeme

Thanks for replying Graeme. I would be sad to see I&T go but I’m sure you will find a new project in no time. I keep hoping to get back up to Orkney as I didn’t get to see as much of it as I would have hoped despite living there, isn’t that always the way? I recently got the all clear after treatment for cancer so I’m hoping to seize on the new lease of life and tick some of these off the bucket list! J

Hi John, I'm glad to hear that you're hale and hearty and contemplating a visit to Orkney. Yes, living somewhere is very different to holidaying there, and it is very easy to fall into the humdrum of day-to-day existence and miss out on the wonders on our doorsteps. Fortunately, perhaps, lockdown has given us the opportunity to reflect upon this.

Mr Tense, I have read the above comments and I am genuinely saddened to learn that I and T may have ran it's course. You have inspired me, and no doubt many others to pursue Odanata as well as other forms of wildlife.And with your Knowledge and zeal, you should write a book!!! I hope you continue to blog and feel free to text me any findings - 07913 750 170. My very best wishes, Tensey, lass, 1st, 2nd born - Marky.

Mark, thank you for your kind words and best wishes, neither of which I deserve, I'm afraid. Suffice to say, I&T must end for very personal reasons.

Ok Kiddo. (I made a comment on Interegnum before I read this) Well I hope our paths cross in the future. You put a smile on many peoples faces.You're a good man.

Just dropped by for a catch up and enjoyed the wonderful pictures, but from a while back now. I see from the comments boxes I&T may have ended, which is sad, but you obviously have your reasons. Regards to you all and hope to see you return with another project in due course.

Hi Alyson, thank you. For the change of direction, please visit the link posted in 'Interregnum'.