The venue for our niece's wedding was Dalhousie Castle Hotel. At one time, this was the ancient seat of Clan Ramsay, so there was much history to be explored by current family members with affiliations to the name. 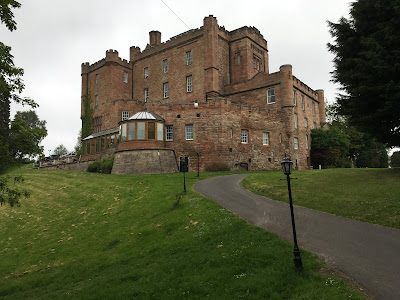 I have to admit that time didn't allow me sufficient opportunity to figure out which parts of the building were from which era, but I'm guessing it's oldest at the bottom (maybe that's why it's called the ancient seat?). 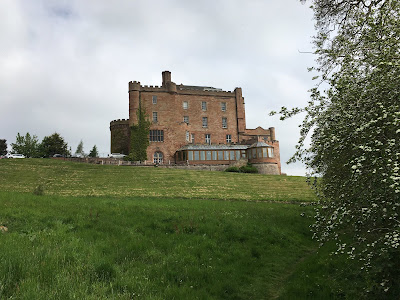 The castle was a very imposing structure from the outside, and a complete rabbit warren on the inside, with rooms, corridors, stairwells and passages all going off in different directions. 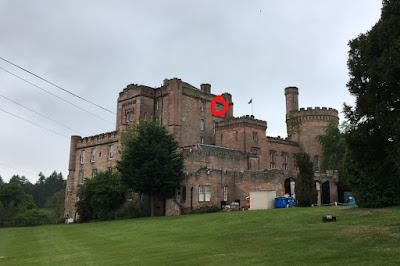 As befitted our status, Our Lass and I were allocated a room at the top (circled in red). Our garret was up so many flights of stairs, it felt as though we were climbing a hill. Indeed, we even had a false summit to contend with, as the final flight was tucked away around a corner. Then, after unlocking the door to the room, there was another few steps to the bedroom, and even more to reach the bathroom. I think the people in the room above were probably the crew of the International Space Station. 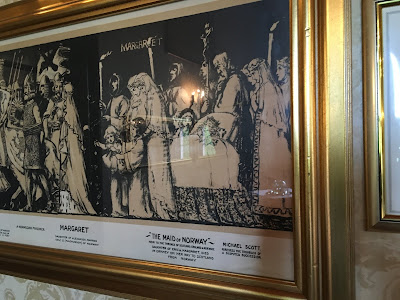 In one of the function rooms, three of the walls contained a potted history of Scottish royalty, although after the Act of Union, it all finished off in a bit of a hurry. I was pleased to find a reference to the Maid of Norway, who had been the subject of a recent Stuff On My Phone post. 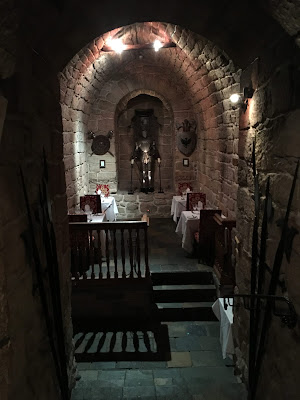 The dungeons had been converted into a restaurant, which sort of guaranteed subdued lighting. 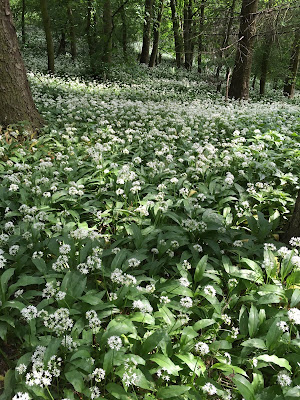 A walk in the grounds revealed a wooded hillside. Once under the cover of the trees, the woodland floor was a mass of Wild Garlic (Ramsons). It seemed to go on forever, which does prove that garlic can repeat on you. 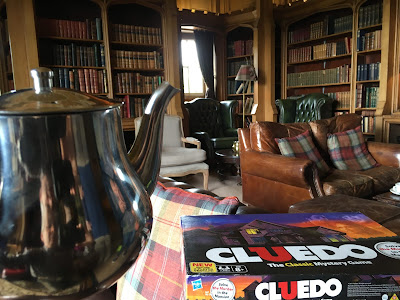 Whilst browsing the shelves of the library, I discovered a whole host of board games, so couldn't resist this staged photograph of... Tense, in the library, with the teapot. I know, I know, my murder weapon of choice needs more work. 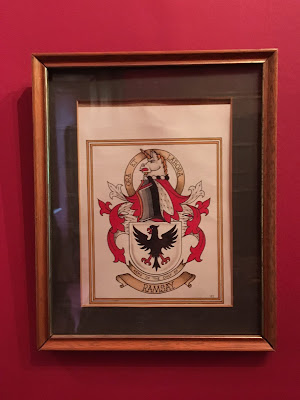 And so to Clan Ramsay. The black eagle motif was everywhere, as were references to the clan tartan. 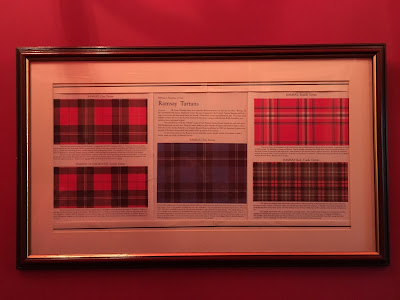 The eagle motif even made it to the room where the wedding ceremony took place. 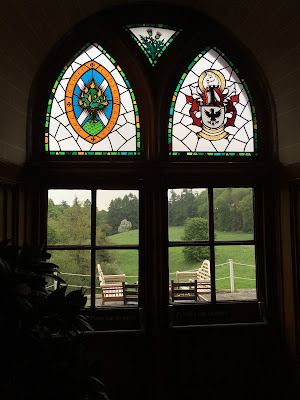 And here's a photo of the bride and groom, with parents, grandparents, brothers and partners. The weather was perfect, the official photographer had an excellent line in patter, and Our Lass and I scored a Great Spotted Woodpecker and a Dipper in the grounds. 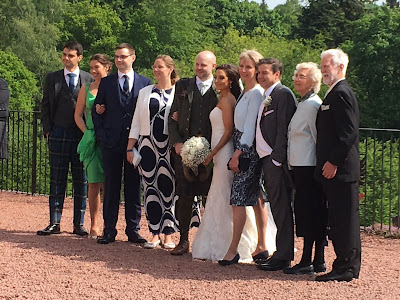 As I am married to a Ramsay lass, I thought it rather fitting that I should wear a little of the tartan, and I was able to source a tie before leaving Orkney. 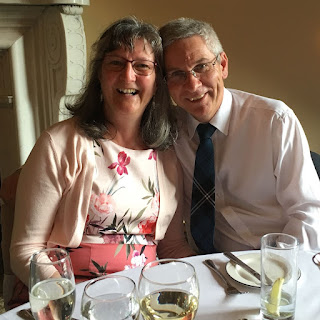 Posted by Imperfect and Tense at 20:33

Is that an old Conservatory :*)Must have been awesome to stay there- reminds me of Torloisk house on the Isle of Mull.

He he he! It was an amazing place, if you could overcome the lack of oxygen at altitude.

It certainly looks an amazing place - not unlike Colditz from the TV series! Like the references to being close to the space station and Cluedo - very funny!

The weirdest part of the whole weekend was the evening meal the night before the wedding. As is the custom these days, the food was served in an aesthetic and architectural manner (some might say "Style over substance... and quantity"). Possibly this has led to folk thinking they've not been served what they ordered? Anyway, as each course was brought out, the waiter carefully and precisely went around each person and explained what was on their plate. Bizarre!

That reminds me of my boat trip late last year. We concluded they'd type some random menu each day just for a laff! Meals, although very nice, were sometimes not quite what we'd envisaged.